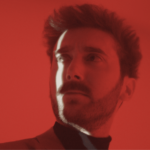 OVERWERK has been a figure on the scene for a decade, and while the Canadian producer’s output hasn’t quite been extensive over the years, his sound has consistently remained fresh between sparse releases. Now, OVERWERK is back with his sophomore LP, Vessel, nearly four years after his debut studio offering.

Rounding out at eight new tracks, Vessel reflects considerable growth for a veteran producer, finding OVERWERK, born Edmond Huszar, shifting away from the club-ready complextro fare he build his brand on and more towards a moodier, darker mid-tempo appeal. While parts of the LP do clearly parallel sounds from earlier in Huszar’s career, overall, Vessel largely signals a welcomed, perhaps modernized departure in style for the career-long independent force. Listen to OVERWERK’s latest below.