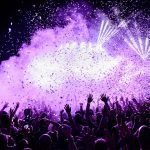 Pepe Roselló, the owner of the iconic Space Ibiza club, has started preparing plans to reopen, “before 2022.” The reopening of the club will also likely see Carl Cox returning for his legendary residency. While speaking with Noudiari, Roselló hinted that the club would not open this season, but does expect to be operational by the end of the year.

Space Ibiza closed its doors in 2016, following a 27-year run as one of the most singularly iconic clubs in the world. Roselló and Cox have made efforts to reopen the club in the past, however, the pandemic wound up postponing their plans. Now, with their license and the end of the COVID-19 pandemic in sight, Space Ibiza hopes to return.

While an official date for when the club will be reopened has yet to be announced, Ibiza is already gearing up for when clubs can resume. Ibiza hopes to open up to tourists beginning in June and will require vaccine passports, which will be recognized as Digital Green Certificates.