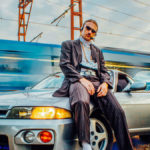 PartiBoi69 has released the music video for his newest single “Face Grind,” unleashing his deadly brand of K-tech and Horse Flow martial arts to the Tekken Tournament in the process.

Like most of PartiBoi’s releases, “Face Grind” lands comfortably outside of the spectrum of mainstream sounds, but fits into the techno deviant’s own rigorously raw aesthetic with striking old school rave stabs and a searing tempo that pushes 150 BPM from the get-go. At once a trigger of clubbing nostalgia and a reminder of how expansive the dance music continuum really is, the self-proclaimed prophet of pleasure’s latest single hits the sweet spot for those who want to let loose to something with a fresh twist.

“Face Grind” was recently featured on Le Beirut, a compilation sourced to raise both money and awareness for Lebanon-based charities such as the Anera Organization, Embrace Lebanon, and Proud Lebanon. While the 32-track release can be previewed and purchased here, the full music video for PartiBoi69’s “Face Grind” can be streamed below. Learn why PartiBoi69 was selected as one of Dancing Astronaut‘s Artists to Watch in 2021 here.

Flume debuts ‘Hollow’ with Emma Louise ahead of ‘Palaces’

Martin Garrix details how ‘Sentio’ came together in newest ‘The ...