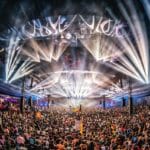 Just two weeks after Pasquale Rotella hosted an EDC Las Vegas-geared Reddit AMA, the Insomniac founder and CEO has shared an update regarding the company’s events including the official lineup and dates for Beyond Wonderland SoCal.

Returning to the NoS Events Center in San Bernardino, California on August 27 and 28, some of dance music’s most in-demand names, such as Tiësto, Dillon Francis, Diplo, DJ Diesel, Alison Wonderland, Good Times Ahead, Subtronics, Kayzo, and Nicole Moudaber, to name a few. Additional support from the likes of Gryffin, Flosstradamus, Space Laces, Markus Schulz, Andrew Bayer, Infected Mushroom, Lil Texas, Deorro, Virtual Riot, Laidback Luke, Sidepiece, and Dubfire is secured for the weekend as well. The two-day event will showcase five new stages in previously unused areas of the NoS Center which will include takeovers from Dreamstate, Basscon, Bassrush, Space Yacht, and Factory 93.

Acknowledging the loyalty of fans who have adhered to the unprecedented challenges the events company has faced throughout the past year, Rotella shared an update on Instagram regarding future events and shows stating,

“Looking ahead, I’m excited about what we have in store. The Saturday of HARD Summer, which kicks off the return of large festivals in SoCal, just sold out. Next on our calendar will be Beyond Wonderland SoCal—swipe for lineup leak! A bunch more lineups TBA in the coming weeks, including Escape, Day Trip, Beyond Wonderland Gorge, EDC Las Vegas & Audio Bay Area. Countdown is planned for NYE & Okeechobee is set to return in 2022. Also, keep a look out for a series of upcoming shows in Vegas, SoCal & Arizona!”