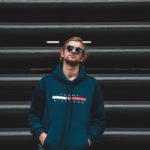 Yet another triple crown of stowed-away productions from both Lane 8‘s Grand Lake performance as well as his Fall 2020 Mixtape have been unmasked. Following a double-sided placement on the fifth volume of This Never Happened‘s Root to Branch series, which sets out to emphasize deserving up-and-coming names, Polar Inc. now has the keys to his unaccompanied label entrance with his third-ever EP, Journal.

Serenely landing as a three-part packaged deal that includes the EP’s eponymous number as well as “Elve” and “Heirloom,” Polar Inc.’s EP vents a polished shine of melodic house from Cape Town, South Africa, personifying why each component of the trinity was amongst the most admirable from the two forenamed sets. Polar Inc. shared a insightful comment behind the release’s deeper meaning and direction, stating,

“I’ve always been a fan of what brought me to listening to Lane 8 and This Never Happened, clever vocal chops, unique leads and using house music as a medium to express. I really wanted to tap into those unique signature qualities through this EP whilst bringing my own Polar Inc. feel to it. Making this EP brought me a bit of fantasy, motivation and a general feeling of being uplifted, I hope it does for you too.”