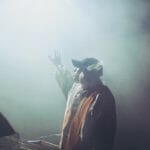 To fans’ excitement, Second Sky Festival won’t be the only opportunity to experience Porter Robinson‘s sophomore LP, Nuture live in 2021. Just a week removed from securing the nine-name roster for the comeback edition of his in-person festival on September 18 – 19, Robinson has now revealed the coinciding US touring circuit for his long-awaited album.

Bringing along Second Sky affiliate Jai Wolf as an aptly fitting opening act, Nurture live will be played out 30 different times, including visits to New York’s Avant Gardner for three consecutive nights in October, as well as stops in Los Angeles, Seattle, Denver, Chicago, Phoenix, and more. For those searching for a taste of what the actual tour may very well look like, Robinson debuted a version of Nurture live to wrap up Secret Sky 2 at the end of April, rinsing through electric live edits of “Something Comforting,” “Shelter,” “Mirror,” “Unfold,” and “Look at the Sky.”

Tickets for Porter Robinson’s Nurture live tour will be available here, with pre-sale beginning at 10:00 a.m. EST on May 12 and general on-sale opening up at the same time on May 14.