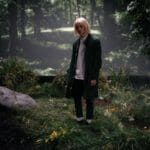 Nearly seven years have passed since Porter Robinson released his acclaimed debut, Worlds. The album peaked at No. 1 on Billboard’s dance charts and cemented Robinson as one of the most prolific producers of his generation. Ever since, the 28-year-old North Carolina native has maintained his status as one of electronic music’s most forward-thinking torch bearers, though, the question of a sophomore slump always looms after such a prodigious introductory effort.

Worlds had marked a directional shift for Robinson, weaving his way into softer sounds and sweeter melodies. The project had been a near 180 from his debut EP, Spitfire, which was ripe for the time—riddled with heavy bass and glitching complextro synthwork. Always one to experiment though, the artist pivoted once again in 2017 with his more tech-skewed project, Virtual Self. While minting a new alias provided an alternative creative outlet, fans yearned for a follow-up to Worlds, though internally, Robinson was embattled with emotions that made it feel as though a sophomore album may actually never materialize. While yes, along the way he did net a Grammy nomination in the Best Dance Recording category for “Ghost Voices,” in the lead up to this new LP, the Mom+Pop producer revealed he feared he would never be able to make music again as depression and anxiety threatened to engulf his creative drive entirely. Despite the uphill battle, now, Robinson has returned to sparkling soundscapes with his long-awaited sophomore release, Nurture.

Blending electro-pop and soft instrumentals, Nurture finds the “Shelter” proponent experimenting outside of his signature sonics. While past material from the artist has been purely electronic, this time Robinson notably adds piano and string sections across the LP’s durection. Clips of looped records slide over sweet harmonies; some tracks focusing on highs from nature, while others explore Robinson’s depressing lows.

While Worlds had been an exploration into an alternative reality, traversing though distant, hazy dreamlands and 8-bit-inspired macrocosms, Nurture acts as a sobering, yet altogether uplifting step back into reality. Primarily focusing on the beauty of Earth and nature, chirping birds and lush soundscapes are embedded into each facet of Nurture‘s complexion. To illustrate the two albums’ inextricable ties and stark differences at once, imagine they’re both films that exist within the same cinematic, or perhaps in this case, sonic universe. One is a journey through the heavenly bodies of Robinson’s auditory cosmos, the other very much grounded on the terra firma of Earth, though both existing inside the same creative space.

“I felt Worlds was this thing that was supposed to be so far away, this fictional dreamscape that you escape to. And I knew I wanted Nurture to be this thing that was this love letter to reality because that was what I needed. I needed some convincing, I think, that the world was truly beautiful and that living was truly something worthwhile. So much of the imagery around Nurture is this nature of stuff.”

Acting as a rooted counterpoint to the floating Worlds, Robinson also faces his depression through the album’s lyrics. Dreamy instrumentals counteract the heavy lyrics repeating “I burn up, burnout/I shouldn’t do this to myself.” Robinson expounds,

“There were points where I had people in my life going, ‘Are you sure you want to keep doing this? This is clearly kind of killing you.’ And to a point, that was actually helpful because it pushed me to release that white knuckle grip I feel I had on my own sense of creativity in making music. What that actually kind of pushed me to do was to develop a bit of a real life and that helped the music so much.”

The only feature found on the album comes from “Unfold,” with Robinson inviting Totally Enormous Extinct Dinosaurs to the record’s tracklist. Inspired by Worlds‘ “Sea of Voices” and Totally Enormous Extinct Dinosaurs’ “Don’t You Forget About Me” and “Leave a Light On,” the song sees both artists singing together in the album’s most dance-heavy single, and certainly one of Robinson’s most complementary collaborations.

Overall, the record feels like a cathartic experience for Robinson, and considering what we all collectively endured over the last year, casually gliding through Nurture‘s 14-track narrative is likely to be a therapeutic experience for listeners, too. Though, time will tell how Nurture will sit among the rest of the works in the Porter Robinson pantheon. Worlds came at a time when electronic dance music screamed for a bar-raising exercise in creativity, and at the time, Robinson was happy to step up and deliver. Now, the better part of a decade later, the electronic music landscape is understandably different, and ultimately, Porter has nothing left to prove. This time around, it is literally about stopping to smell the roses a little bit. Nonetheless, that doesn’t take away from Nurture‘s landmark status, albeit the album not being instantly anointed one of the all-time greats like its predecessor.

A sophomore slump? Absolutely not. A well-deserved victory lap? No question. Seven years after his groundbreaking debut LP, Robinson is carving out the opportunity to kick down the cobblestones and enjoy the sunshine, and he’s been kind enough to invite everyone along for the ride.

The post Porter Robinson finds himself floating back to reality with ‘Nurture’ [Album Review] appeared first on Dancing Astronaut.