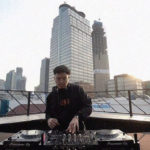 Has there been a recent unreleased track that’s been more talked-about than Bleu Clair and OOTORO‘s tie-up? Hint: that’s a completely rhetorical question. The side-by-side Indonesian talents shook up the ID conversation after their union was publicized not only in DJ Snake and Malaa‘s Secret Room back-to-back but once again during Martin Garrix’s Tomorrowland New Year’s Eve performance, and nearly four months since its original prelude, “Beat Like This” has found a permanent home at STMPD RCRDS.

Justifiably labeled one of Dancing Astronaut‘s most-anticipated IDs of the new year, “Beat Like This” had demonstrated its candidacy for deserved placement from minute one, and for those who follow us on Twitter, it should come as no surprise that we’re backing its full-fledged arrival. Uniting Bleu Clair’s patented tech house finesse—which earned him a rightful ticket to our Artists to Watch in 2021 list—with OOTORO’s retro-leaning tack, the jazz-instilled connection materializes the hallmarks that have permitted both sides to serve as two of the scene’s most promising handles. Sitting at an even three minutes, “Beat Like This” trades in its seat at the year’s most evasive creations table for its own mansion inside the neighborhood of 2021’s greatest releases. Bleu Clair dove into how the collaboration had come about after nearly a decade of friendship with OOTORO, stating,

“OOTORO and I go way back, we’ve known each other for 9 years and have always shared the same passion.  One day he randomly made a short orchestral jazz band sample with Kontakt and sent it to me. I thought this could be a really cool twist for a house track, so I decided to jump on the track and finish it. I asked one of my friends to help me out with the vocals on the drop. We are really happy with the outcome, it’s a fresh house tune with a disco twist. I can’t wait for it to finally be released officially.”

“Bear Like This” is out everywhere via STMPD RCRDS on February 4, but can be streamed in full one day early, exclusively on Dancing Astronaut.