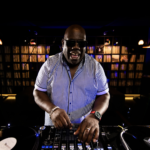 In need of a title track for its forthcoming, five-part football documentary series, Club Ibiza: The Sessions, sports subscription service DAZN set its sights on the king of Ibiza—Carl Cox—for “Sand, Moon & Stars.” Cox needs no introduction as a trusted arbiter of Balearic sound, as the series-defining, synth arpeggio-punctuated single affirms. A fixture of the White Island electronic circuit, Cox translates the spirit of Ibiza into a five-minute-approximating number with a breezy disposition.

“Sand, Moon & Stars” materializes as the house and techno authority’s sophomore single of 2021, trailing the Jon Rundell and BreakCode co-delivery, “What Lies Beneath, Pt. 2.” And, in a blissful development for Cox’s following, “Sand, Moon & Stars” signals more of the British producer’s touch to come, with a self-remix already commissioned.

Though the Club Ibiza: The Sessions title track formally releases via BMG on March 12, listeners can stream Cox’s next original in full one day early, only on Dancing Astronaut. “Sand, Moon & Stars” can be pre-ordered here.