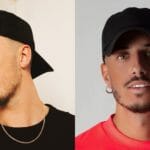 Whatever Cloonee seems to touch, quickly turns to tech-house treasure. Rapidly rising to stardom among house and techno circles through a run of delectable dancefloor jump starters, the UK-producer has quickly made a name for himself in the underground, with no signs of slowing. After a year away from touring, Cloonee returns to the game with friend and Spanish producer Wade in tow, to debut their electrifying new collaboration “Mi Amor.”

After supporting one another in setlist nods and dabbling into previous collaborations attempts, the two finally found common ground over a brassy horn sample, which grew into a track designed to hook audiences in from first listen. “Mi Amor” brings elements of both artist’s prowess by targeting the signature four-on-the-floor thump at its core, complemented by a sultry vocal line and reverberating horn sample—introducing a flair of Latin zest to the tune.

In just the past year, Cloonee has continued to drop some of his largest tracks to date, including a cheeky club shaker “Pop It,” and recent summer anthem “Sun Goes Down,” all while garnering steady support from an impressive list of artists like Green Velvet, Chris Lake, Solardo, A-Trak, and Solomun, securing sway amongst some of the industry’s most revered figures.

Stream “Mi Amor”, exclusively on Dancing Astronaut’s SoundCloud, ahead of its release on CLNE.