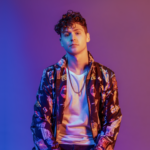 A clear vision is a prelude to success and Famba—who’s got just that—is decisively unrolling his 2021 blueprint for a brand new year in music with the debut of the visual accompaniment to his January 22, 2021 single, “Still Call You Mine.” After breaking into the United States music market with “With You Well” and “Swear to God,” both from his January 2020 EP, Wishes Vol. 1, the Nova Scotian asserted his status as a force to be reckoned with by announcing that its successor would soon be on the way—but it wouldn’t sound like what had come before.

“I really wanted to come back into the dance world. Dance music is everything to me, and I want to showcase my passion for the genre in my own music,” Famba stated. His re-entry to it? “Still Call You Mine.”

The decisive step towards “a new era” in Famba sound, “Still Call You Mine’s” bubbly presence now translates to a video that allows something of an unexpected narrative to unfold across a nearly three-minute runtime that is brought to life in part by the vivacity of the track’s piano chords. Though the visual won’t formally release until February 4, viewers can catch it in full one day early below, only on Dancing Astronaut.

The post Premiere: Famba revs the ‘Still Call You Mine’ engine with visual accompaniment [Watch] appeared first on Dancing Astronaut.

Tagged as Famba, premiere, Still Call You Mine, Videos.

Flume debuts ‘Hollow’ with Emma Louise ahead of ‘Palaces’