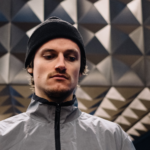 With early releases on standout labels like Afterlife and Innervisions, as well as a recent Cercle set under his belt, Germany’s Innellea has accomplished in a few years what many strive for in a career. As an artist, Innellea takes clear inspiration from the modern techno scene, however, where many acts use that inspiration to do little beyond emulating what’s trending, the Munich-based producer lets his creative drive run free. As a result, Innellea’s sound explores many untouched nooks of the genre, providing listeners with distinctly moody and often cinematic soundscapes to wander.

Innellea follows his coveted Cercle performance with the forthcoming release of his three track EP, It’s Us. The release’s title track is a finely tempered breakbeat melting pot of drama and melody. It’s stripped down, but only in the sense that there’s no excess fat on the bone. Innellea gives each individual element in the mix space to breathe, allowing his attention to detail as a producer to shine along the way. “It’s Us” is led by sprawling synths that crescendo as they linger, swelling until they break into the tune’s warm and unctuous release. Innellea comments on the release, explaining,

“Sometimes we need to see things in a wider angle and take a step back to see the bigger picture. In that sense it’s just you and me; It’s Us being part of something intangible.”

Innellea’s new EP, It’s Us is out everywhere Friday, April 16. Listen to the track’s lead single below and pre-order the entire release here.