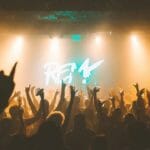 Southern California artist RemK is back with his latest release, “Breakwater.” Another in a line of trap-heavy singles, “Breakwater” complements previous RemK releases like “High Tide” and “Lowrider,” supported by Boombox Cartel’s MONTA label. The up-and-coming artist from Long Beach is just another reason for streamers to keep their eyes on the West Coast for the next don of trap music, what with RemK coming up with the likes of ISOxo, Knock2, and Frosttop.

RemK is in the middle of a supporting tour run with Ekali and recently played his first show at Webster Hall in New York City as support for Boombox Cartel. He’s sitting on collaborations with Ekali, QUIX, ISOxo, and Knock2. If you’ve been paying attention to any of his ID-laden sets recently, you just may have gotten a taste of what’s to come. In the meantime, you can listen to “Breakwater” below.