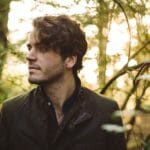 Dance music suffered another irreversible blow with the sudden passing of Pierce Fulton on April 29. The visionary talent isolated a spot for himself in the overcrowded space of progressive house throughout the mid-2010’s with originals that included “Runaway,” “Old Man & The Sea,” “Where We Were” with Polina, “Waiting For Tomorrow” with Martin Garrix and Mike Shinoda, and “Kuaga,” falling across the board as underappreciated and time-tested releases that would guarantee his rank amongst dance music’s most hallowed names so many years later.

At the heart of it all during 2014’s fall season and just a couple of weeks past the arrival of “Kuaga,” Fulton was generous enough to grace Dancing Astronaut with an hour-long set for our AXIS mix series. Spanning 14 tracks that validated his inimitable taste and curation capacity, Fulton effortlessly twisted together a bucket of Introducing Pierce Fulton staples in between a slew of numerous progressive and electro house classics from DubVision, ARTY, Dyro, Arno Cost, and Kryder, among others. In commemoration of the life that Pierce Fulton put forth in his 28 years on Earth as well as the irreplaceable legacy that he has now left behind, it seemed only fitting we turned back the clock and revisited his nostalgia-induced AXIS mix. Rest in peace and thank you for everything, Pierce.

If you or someone you know are struggling with your mental health or wellbeing, and need support, we encourage you to reach out to the following resources:

The National Suicide Prevention Lifeline’s toll-free number, 1-800-273-TALK(8255), is available 24/7.
The Crisis Text Line is a free text-message service that provides 24/7 support. Text a message to 741-741 to connect with a trained crisis counselor immediately.
Resources from the NSPL are available online, here.
Resources from the American Foundation for Suicide Prevention (AFSP) can be found, here.
The Substance Abuse and Mental Health Services Administration’s (SAMHSA) National toll-free Helpline is available 24/7 at 1-800-662-HELP (4357)