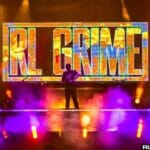 Space Jam’s sequel has remained one of, if not the most, anticipated films of the year, and the LeBron James-starred successor to Michael Jordan’s iconic 1996 movie has now received its first trailer ahead of the July 16 debut, with an added musical bonus.

The complete two-and-a-half-minute preview follows the Lakers superstar alongside a group of Looney Tunes staple characters in a basketball crusade to retrieve his kidnapped son, but amidst all of the nostalgia-induced emotions, the trailer’s soundtrack was what specifically caught the ear of the electronic music world. Not even 24 hours removed from the delivery of his “Halloween IX” introduction with ISOxo, RL Grime scored a second win of the week as “Scylla,” his unforgettable VOID classic from 2014, backs the trailer in tandem with the film’s iconic theme song.

Watch the Space Jam: A New Legacy trailer below before it lands in theaters as well as HBO Max this summer.