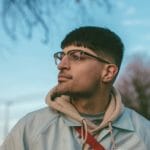 Known for its tireless ability to put the next big name in bass music before listeners, the Sable Valley continues its curatorial efforts with “CCC” from Rohaan, a UK DJ/producer who’s shook up the scene over the past few years with releases across Jadu Dala, Moving Castle, Saturate, and more. “CCC” establishes itself as a nu wave drum ‘n’ bass output chock full of dynamic energy and well-honed sound.

After releasing his first full-length album BLEACH via MAD ZOO in 2021, the budding bass icon now achieves his long-time goal (according to Twitter) of finding a home for his high-powered sound on Sable Valley—and we surely haven’t seen the last of him.