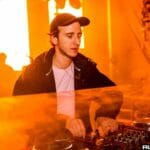 After announcing the first of an ongoing series of Audius-hosted remix competitions in late April, RL Grime’s Sable Valley has named Altare as the winner of its “Singularity” remix contest. Altare’s take on the REMNANT.exe original is a mosaic of melodies and hard dance elements that, together, prove a suitable fit for the Los Angeles-based imprint.

Though Altare reigns as “Singularity’s” choice remixer, Sable Valley has yet to reveal the victorious revisionists of Deadcrow‘s “Fallout” and “THERA,” respectively. With the news assuredly not far off, listeners can spend the time in between streaming Altare’s spin below.