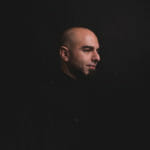 In selector’s circles, Saeed Younan‘s name is one that commands due respect. The Iraqi-born DJ has built a world-class career as one of dance music’s most beloved producers over the course of more than two decades in the game. Younan knows its not all glitz and glamour though—he’s endured both prosperity and hardships, from fleeing a conflict-torn region, eventually landing in the U.S. in the early 80s, to rising through the dance music ranks well before EDM become a global, multi-billion dollar industry. Younan would eventually sharpen his chops behind the decks through the discovery of hip-hop, which would eventually give way to club culture, and thus, his introduction to house music. From there, the rest is history. Though now, after years on the scene, Younan has delivered his debut full-length debut artist album, Morph, with the intention of celebrating his narrative as both an artist, and a person. The record carries on the multicultural passage that has helped shaped Younan’s signature tribal, percussive sound, and, as Younan himself puts it, “You could say I have morphed from a wide-eyed DJ traveling the world to a seasoned musician with a story to tell.” Morph is that story.

In an interview with Dancing Astronaut, Saeed Younan discusses what inspired Morph, what it feels like breaking out his Deepart alias, some sage advice for upcoming artists, and how Younan has evolved as both a DJ and individual the last 18 months.

As a veteran DJ who’s seen the dance music space evolve over a lengthy career, what’s one thing you’d advise younger selectors with?

“I’d tell them to stick to your guns, hone your craft, don’t fall into or follow musical trends that don’t serve the real reason why you got into music in the first place. Most importantly, avoid chasing the flavor of the month.”

In that vein, regarding the events of 2020, what can you tell younger, less experienced DJs/producers about pacing and the importance of mental health?

“I’ve told many people, 2020 was a time for all of us to reflect and look inward, instead of outward. Stop and be thankful for what you’ve got. I myself took the time to do some inner engineering, dived deeper into meditation and breathwork. It helped me a great deal in coping with my anxiety related to lack of income and work. I also focused more on making music, creating new DJ edits, so that when the time comes, I’ve got my dancefloor weapons ready to bring the house down!”

‘Morph’ provides an eclectic array of electronic sounds with a genre-fluid flow. Tell us a about how the album reflects both where you are now, as well as where you started.

“My goal was to create an art album, something to showcase where I came from and where I’m heading as a music writer. You have tracks like ‘Tribal Heart Percussive Soul’ and ‘Church of Bass,’ which are the core ingredients of how I was brought up in dance music, namely tribal and hip-house. You also have other genres that inspired me, like the liquid drum ‘n’ bass track at the end of the album. Also, more playful, organic, musical elements sprinkled throughout the album. My other objective for this album was to show that I’m not just a one-trick-pony when it comes to writing and producing musical compositions.”

Tell us a about what inspired you to break out your Deepart alias for the new album?

“I’ve been producing and releasing music under ‘The Deepart Project’ for a few years now. I’ve always wanted to make music geared towards relaxation, meditation and yoga. Our lives have become so stressful, I feel that we need an outlet or an escape from our daily grind, to look inward. I was creating this music for myself at first, then a few yoga and meditation teachers convinced me to start releasing the music to help others. Starting The Deepart Project alias was a blessing in disguise. At the time, I didn’t realize how much I needed some ‘me time’ to slow down and focus until I started creating the music for myself, as a way to relax in the studio. I decided to include music from my alias into my album because it is a big part of my life now. This music grounds me in a certain way, mentally and physically. I wanted to share this with my fans who don’t necessarily know that I also make this type of music.”

What is one thing about this album you hope listeners take away from it?

How have you evolved in the last 18 months? Both as a professional DJ/producer, and on a more personal level, as a human being.

“The last 18 months have been eye-opening, to say the least. It’s been tough, but I have to give thanks for everything in my life right now. I launched a Patreon account during the pandemic to make up for some lost income. I am grateful to have some amazing fans who contributed to my Patreon and helped me keep the business afloat. I also launched a new series called Low Lit Division (LLD) under my label, Younan Music. The focus of LLD is on slow-burning organic house, and slower dance tracks usually under 119-BPM. During the pandemic I sharpened my DJ skills both on turntables and CDJs, also creating new DJ edits and tools to play out once things open back up. You can say I got my ammunition ready with some amazing music ready for my ‘Morph’ tour.”

As the country is rapidly emerging from the pandemic into a new, post-COVID-19 world, what is your mindset like?

“I’m definitely hopeful and optimistic that our music community comes out of this stronger than ever. I believe this pandemic helped clear out some of the riffraff who were in it for all the wrong reasons and only the purest at heart DJs stuck through. I also hope this pandemic was a wakeup call, that we need to make some changes in our lives for the good of the whole. We can’t keep living life the way we have been. Mother nature is giving us all the warning signs. We have to take these signs seriously and really make some uncomfortable changes in the coming years if we want to survive and thrive.”

Meet Needle Music, the first platform built for the ‘music ...