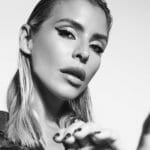 Just a month after her debut single “Too Late,” Sam Blacky has returned with her sophomore original, “Body.” Though Blacky has traveled the world, DJing more than 100 shows a year, she’s used the past year to master producing, and now, she’s showing her fans just what she can do in the studio.

Blacky’s house roots are apparent on “Body,” a multidimensional release that has the catchiness of a pop single while still being holistically centered around a steady house beat—a combination that is difficult to achieve. “Body” is inspired by her world travels Blacky said; she explained how her ventures influenced the single’s soundscape, stating,

“‘Body‘ was 100% inspired by my love of travel and tropical, foreign destinations. Obviously, before COVID-19, what seems like so long ago, I would be in a different country almost every weekend and get exposed to all sorts of new styles of music. I took it all in like a sponge, I was obsessed with every new song I heard and I couldn’t believe how different all the sounds were.

I collected bits and pieces from all over the world to culminate my own sound and take different aspects from every place I had been and combine them all together. The song went through tons of rounds of changes and edits because every time I would come home from another trip, I would have something more to add. I hope it comes across in the work, because it truly was inspired by the world.”

In addition to releasing her first original productions in 2021, she has launched her own record label, Stabby Records. “Body” is out now via the label.