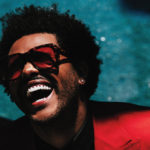 Super Bowl LV has concluded, but talk of The Weeknd‘s Pepsi Halftime Show performance has not. The artist impressed fans with a next level performance that came together thanks to an uncompromising attention to detail and a vision for how the production could transform the storytelling aspect of the storied performance slot. In order to give fans a look into what it takes to make a performance like this come together, Showtime will air a 90-minute feature documentary later this year documenting the artist and the months of preparation the spectacle took to come together.

Titled The Show, Deadline reports that Pepsi’s in-house content studio and Boardwalk Pictures are the driving forces behind the project. Nadia Hallgren, who is behind Michelle Obama’s Netflix documentary Becoming, is set to direct the documentary. The Show will look into the months of work that went into the performance focusing in on first-time Halftime Show executive producer Jesse Collins, second-time executive producers Roc Nation and more. Showtime will highlight how the team came together “to pull off one of the biggest musical productions during one of the most challenging, unprecedented times,” the network said in its announcement.

“This historic year with Jesse Collins as the first Black EP of the Halftime Show brought an opportunity to tell a new story,” said Hallgren. “We get a window into the process of a diverse team of executives and creatives working at the highest level, in front of and behind the camera. It’s fun to see these masters at work while they also uplift others. I hope this can inspire people to pursue big dreams.”

The Show is set to premiere on Showtime later this year.