Poo Bear is joining forces once again with go-to collaborator Skrillex on a new production, “The Day You Left.” The song made with a hit-making dream team, also consisting of PJR and Sasha Sirota, is due out this Friday.

Previously, Skrillex and Poo Bear worked together on the 2017 electronic smash “Would You Ever.” Before that, Poo Bear was involved with a massive release from Skrillex and Diplo aka Jack Ü, “Where Are Ü Now” with Justin Bieber.

Poo Bear is best known for his songwriting and production expertise, having contributed to a wealth of hit singles from Justin Bieber, FKA Twigs, Ty Dolla Sign, J Balvin, Fifth Harmony, and many more. His earliest credits date back to the late 90s and through the 2000s, when he worked with Ludacris, Kelis, Danity Kane, Fat Joe, Mya, Daddy Yankee, and the list goes on.

Poo Bear takes the lead on this one — preview here and check back for “The Day You Left” when it drops.

Additionally, we’re finally getting the Skrillex and Noisia “Supersonic” remix of the original by josh pan and Dylan Brady. 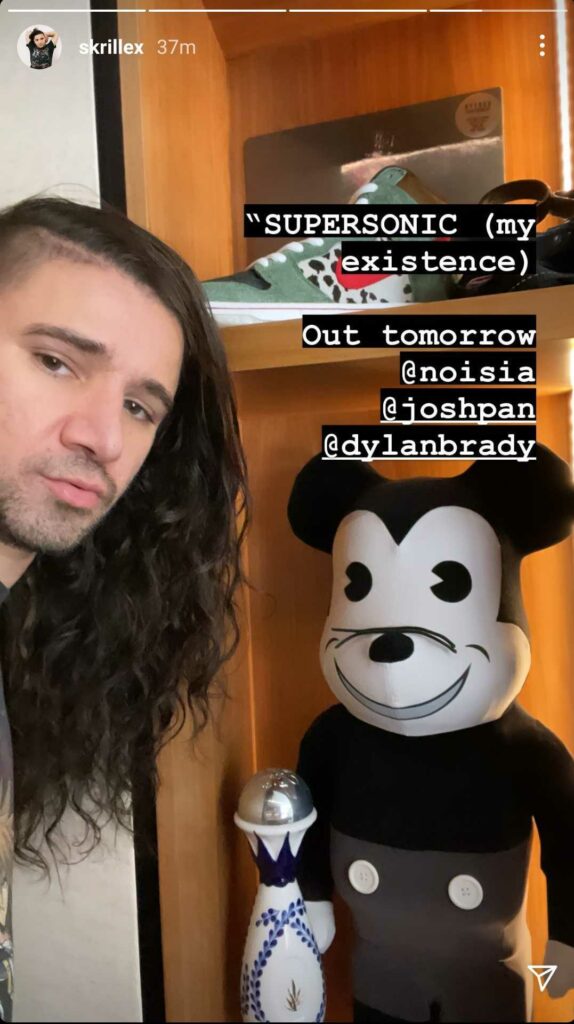