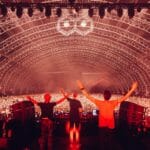 Above & Beyond have expounded their commitment to promoting emerging talent in the trance and progressive scene with the latest expansion of their new monthly Anjunabeats Rising series, debuted in January. The third installment of Anjunabeats’ emerging artist EP initiative arrives with an ethereal selection of both new and established artists including Stephen Kirkwood, Mavros, and Notaker.

With Anjunabeats wrapping up a 20 year anniversary just last year, the label now sets its sights on showcasing next-level talent who are unafraid to bring forth new ideas and sounds to the platform.

Viral Sensation Juicy M teams Up with Drop the Cheese On House Smash, ...

San Pancho Creates Most Addictive Bassline of 2022 on ‘Pride’ on ...