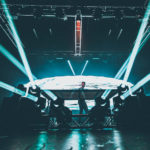 After a year of consistent releases over 2020, Southern California-native Geoff Boss, otherwise known as bass up-and-comer STUCA, has just delivered his first official track of 2021, “Where We Are.” Releasing his latest via Jadu Dala, the young producer is on track to skyrocket through 2021.

Finding the perfect balance between aggressive and melodic sonics, “Where We Are” dives deep into STUCA’s unique sound design. Fusing his own trap persuasion with a rhythmic wind instrumental, the track showcases Boss’ integral understanding of the low end is and a creative vision for where he can take the genre next.

Ringing in laudable success since emerging on the scene, STUCA landed releases on labels including Wakaan, Never Say Die‘s Black Label, Jadu Dala, as well as his first appearance at bass music Mecca, Lost Lands. Stream “Where We Are” below.

The post STUCA releases menacing bass cut, ‘Where We Are’ appeared first on Dancing Astronaut.

Tagged as jadu dala, Lost Lands, music, stuca, where we are.