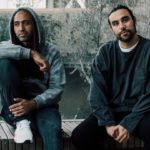 With several EPs and a Lane 8 remix under their belt, Sultan + Shepard have steadily become a mainstay on This Never Happened in recent months. In January, the Canadian melodic house duo announced its debut album on TNH with the LP’s lead single “Solid Gold Love” featuring Richard Walters. Now, Sultan + Shepard continue the Something, Everything rollout with “Assassin,” a joyful melodic house offering propelled by pensive synth work and romantic lyricism.

This Never Happened maintained an impressive release pace throughout 2020, and so far, the imprint is carrying that momentum into 2021. In January alone, TNH has hosted releases from Rinzen, JRJ, and Lane 8 himself in addition to Sultan + Shepard’s work. Something, Everything will be Sultan + Shepard’s first album since 2019’s Echoes of Life: Day and Echoes of Life: Night LPs, distributed via Armada Music. The full album is due for release on March 12.

Tagged as melodic house, music, something everything, Sultan + Shepard, this never happened.