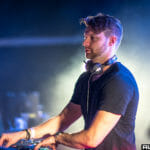 Yotto and Stephan Jolk are banding together for a new two-track EP New Era, released via Afterlife Recordings. The Finnish act recently closed his breathtaking “A Very Cold DJ Set” performance, broadcast from the depths of Lapland, Finland, with the project’s two inclusions, “New Era” and “Only One.” The EP notably follows his recent edit of Faithless‘ “I Need Someone,” and earlier, “I Want You,” his first original of the new year, dispersed on February 18.

This is Yotto’s first time collaborating with Stephan Jolk, who made his fourth appearance on Tales Of Us‘ expansive label after releasing his seven-track Analogy EP in May 2020. Techniques collide on the EP, with New Era enmeshing their rapturous sounds and melodic rhythms.