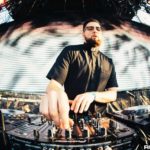 Your future house dealer’s next delivery has arrived.

After signaling the start of the post-Year Zero period with a remix of Whethan‘s Fantasy-hailing “Freefall,” Tchami is back in the driver’s seat—and the passenger side isn’t empty. After commandeering 2020 to the tune of 10 tracks, Curbi can be found alongside the Parisian powerhouse and now, it’s your turn to buckle up.

A piano-laced single with a summer heart, “Make Amends” carries the warmth that’s come to be characteristic of a Spinnin‘ issue over the years. A broken beat arrangement adds dynamism to the Kyan Palmer feature, ushering in Tchami and Curbi’s inaugural collaboration with style.