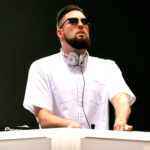 When Surf Mesa and Madison Beer released the poppy and uplifting hit single, “Carried Away” in February, nobody saw a brooding house remix coming. Though, who better than Tchami to put a memorable house stamp on the song? It is a welcomed take, as the song takes on a whole new life in Tchami’s club-ready rendition. The Parisian producer’s signature bass pairs perfectly with Beer’s angelic vocals. An unmistakable deep-house sound builds to a sparkling and sinuous passage that’s the perfect pick-me-up to reach for when a mood boost is needed.

Tchami continues his 2021 tear, adding the new “Carried Away” remix to this year’s ranks alongside “Make Amends” with Curbi and Kyan Palmer, as well as his remix of Whethan and Oliver Tree‘s “Freefall.” 2020 will be hard for the Confession helmer to top, with the release of his critically acclaimed debut album and Dancing Astronaut‘s reigning Album of the Year, Year Zero, as well as his co-producing credit on Lady Gaga’s Grammy-nominated Chromatica. Listen to Tchami’s remix of Surf Mesa and Madison Beer’s “Carried Away” below.