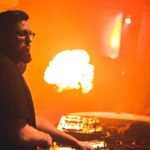 After an unremitting stream of originals that culminated in the title-taking Year Zero, distinguished as Dancing Astronaut‘s 2020 Album of the Year, Tchami is turning his attention to the remix format for his first issue of the new calendar year. And, as the most attentive of Tchami’s following will note, how Tchami is electing to ring in 2021 on the release end remains consistent between 2020 and 2021, despite the numeral change in the “year” field. On January 10, 2020, Tchami guided his spin on Valentino Khan and Diplo‘s “JustYourSoul” to streaming platforms. The remix was Tchami’s first production of the past year, and in some ways, this tradition is continuing into 2021, as Tchami starts off 2021 with a January 15 rework of Whethan and Oliver Tree‘s “Freefall.”

Put simply, it’s another catalog-aggrandizing stint from the Parisian powerhouse, whose pointed approach to house and its many shades seems never to be off the clock or low on energy. Thanks to the Confession label head’s involvement, the Fantasy-hailing original and its indie-electronic technics meet its mid-tempo, future house alter ego, and Tchami fluidly facilitates this introduction. Stream below.