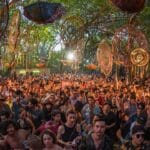 The BPM Festival is returning to Tamarindo, Costa Rica for its 15th anniversary edition, and phase two of the lineup is out now. Known for showcasing the best acts in underground techno and house, BPM is welcoming the likes of Diplo, DJ Tennis, Art Department, Audiofly, Stefano Noferini, and WhoMadeWho (live) as part of the phase two roster announcement. Phase one was announced earlier this year, and boasted over 100 names, making this one of the most expansive underground festivals across the globe, considering the breadth of the lineup.

The BPM Festival is taking place from January 12 – 18, and both seven-day and three-day weekend festival passes are on sale here.