The Chainsmokers have released their fourth album, ‘So Far, So Good.’ It had been nearly three years since the duo had released new music, which for the group and electronic music in general, is an eternity.

Earlier this year, the groups members, Drew Taggart and Alex Pall, began teasing for the album with some comical videos and interviews on social media as well as constant mentions of the upcoming TCS4, as they often referred to the then unnamed album. Finally, at the end of January, the group shared the first single from the album, ‘High,’ and it was clear that despite years gone by, and the whole world still recovering from the global Covid pandemic, the Chainsmokers could still be relied on for catchy hooks, heartfelt lyrics and music that just forces you to dance along.  The group would release two more singles, ‘iPad‘ and ‘Riptide,’ before the album’s full release.

Now that the world has had a few hours to digest the latest entry into the groups discography, it seems that the most appropriate way to clarify the Chainsmokers output is to relate it to your favorite home cooked meal. No matter how many times your Mom, Grandma, or whomever cooks that meal, you are excited to sit at the table and feast. What makes the Chainsmokers, and especially ‘So Far, So Good,’ so musically appetizing is that they keep following the same recipe but are comfortable trying new seasonings, pairings, or even buying different brands to complete that recipe. Ever since the massive success of ‘Closer,’ the group has found new ways to recreate this dish time and time again, the difference now is Drew Taggart has full confidence and control as a frontman now and it allows the group, and producer Pall to take chances within the album, an element that was lacking at times on their first album, ‘Memories…Do Not Open.’ 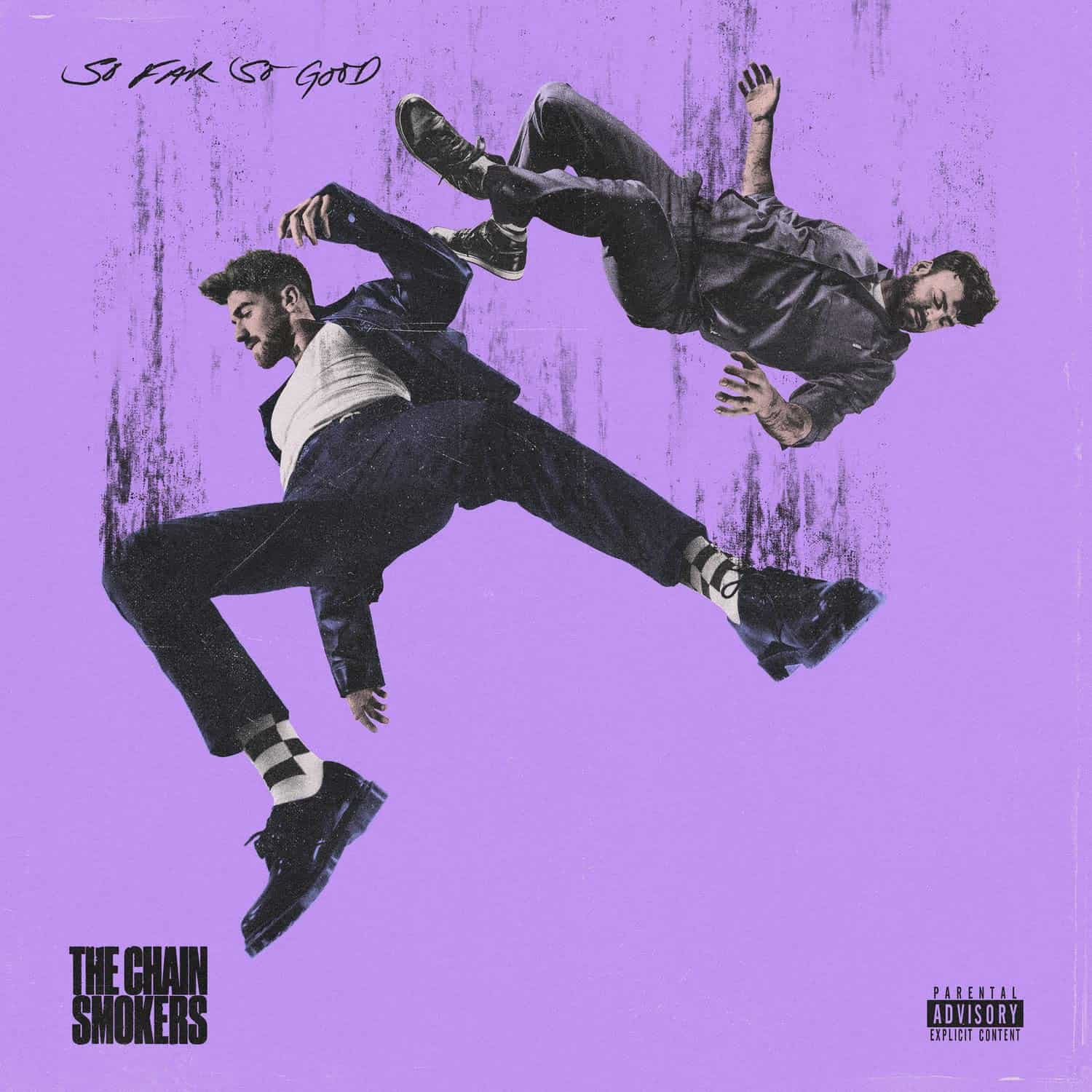 The albums fourth track, ‘Maradona‘ seemingly opens like another other Chainsmokers song, with Taggart singing about his love and addictions over a beautiful pad of music but the track takes an unexpected turn as we are suddenly inundated with Fatman Scoops unmistakable scat, mumble delivery that suddenly serves as part of the drop/ interlude. It is these choices that keep listeners engaged in between the irresistible hooks and summertime, windows down, long drive grooves that make up so much of the album. The energy stays on point through the middle of the album with near perfect tracks until we get a change in programming with ‘Testing.’ Opening with slightly distorted organ chords, Taggart comes up and sings over the lush suite until we get a sudden change over a minute into the track.  Huge sub bass and distorted vocals take off, and drive for another minute or so until the track delves into its third movement, and Taggart channels Gene Wilder as Willy Wonka, singing “Come with me, and you’ll see, a world of pure imagination.” Writing it out, it makes no sense, but the duo make it work before moving on to ‘In Too Deep,’ a guitar focused single where Taggart lays his soul bare regarding his struggles with relationships, addiction and life in general before the album’s final two tracks, ‘I Hope You Change Your Mind,’ and ‘Cyanide.’

Being one of the biggest groups on the planet no doubt invokes a certain amount of pressure to deliver, to appease old fans, bring in new ones and of course, continue to challenge themselves as songwriters while remaining true to who they are. On this album, it sounds as if Taggart and Pall’s decision to lay low for two years working on this album has fully paid off. They sound energized, fresh, and confident that they know exactly who they are. While fans await a world tour that’s sure to follow soon, the group will first be giving a fans a chance to get even more from the new album with the announcement of a new NFT via 3Lau’s Royal where 5,000 lucky fans will earn streaming royalties from ‘So Far, So Good.’