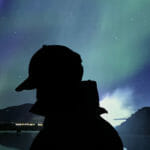 After recently joining the dance fold, anonymous producer juuku has made peaceful melodics and emotionally charged sounds alike. He powered through 22 releases in 2020, expanding his reach and garnering support from tastemakers across the spectrum including Diplo & Friends and Spotify’s “Fresh Finds” playlist, among others.

juuku’s next name-making installment comes in the form of his debut EP Warmth, a seven-track project that features transcendent soundscapes, including a collaboration with Manila Killa titled “Just Lost.” Released via the indie imprint Moving Castle, the euphoric, bass-driven EP is unmatched in terms of its ability to lift spirits and drop jaws.

For episode 140 of Dancing Astronaut‘s The Radar, juuku delivers a nearly 46-minute mix featuring various tracks from the aforementioned EP as well as other hidden gems. Kicking off with an ID with Farrah, juuku rolls through some originals before getting into the nitty gritty, including eccentric flips of RL Grime, G Jones, and more.

The post The Radar 140: Mixed by juuku appeared first on Dancing Astronaut.