Legendary Solomun +1 returns to Pacha Ibiza with a lineup full of favourites and some new names not to be missed.

Solomun is one of the most powerful figures in contemporary dance music. His name is recognised in the four corners of the world and his talent is blown by the seven winds. His productions are some of the factors that make him one of electronic music’s most enduring stars, counting in his portfolio two studio albums, many singles and some of the most elegant remixes in the music scene. His unmissable performances are even more famous than his productions, standing out not only for the marked endurance that allows him to break all set length records but also for his giant charisma behind the decks. His magic and engaging sharing of the booth with other big names from the music scene have become one of Ibiza’s most emblematic and sought-after parties. Solomun +1 brings Solomun back to Pacha Ibiza this summer, accompanied by an absolutely memorable lineup.

After an extended covid-induced hiatus, Solomun +1 returns to the white island bigger, bolder and better, for a summer that is looking pretty hot ahead. To keep him company in the Pacha Ibiza booth during the 22 consecutive Sundays that make up his residency this season, Solomun invited a star-studded lineup of artists that included some retakes and some newcomers. Solomun +1 parties kick off on the 22nd with Konstantin Sibold and will end on the 16th of October with the beloved Boys Noize. In between, you’ll be able to count on some Solomun +1 favourites like Dixon, Âme, Tijana T, keinemusik, Adriatique, and Gerd Janson. The star-studded list continues to unfold with some well-known players like Jamie xx and Tiga. Making their debut at the party are Sally C, Sofia Kourtesis, Eli Brown, and Haai. There are many more names that are part of the exciting lineup for the 2022 edition of Solomun +1 at Pacha Ibiza. Check out all the names and secure your tickets here. 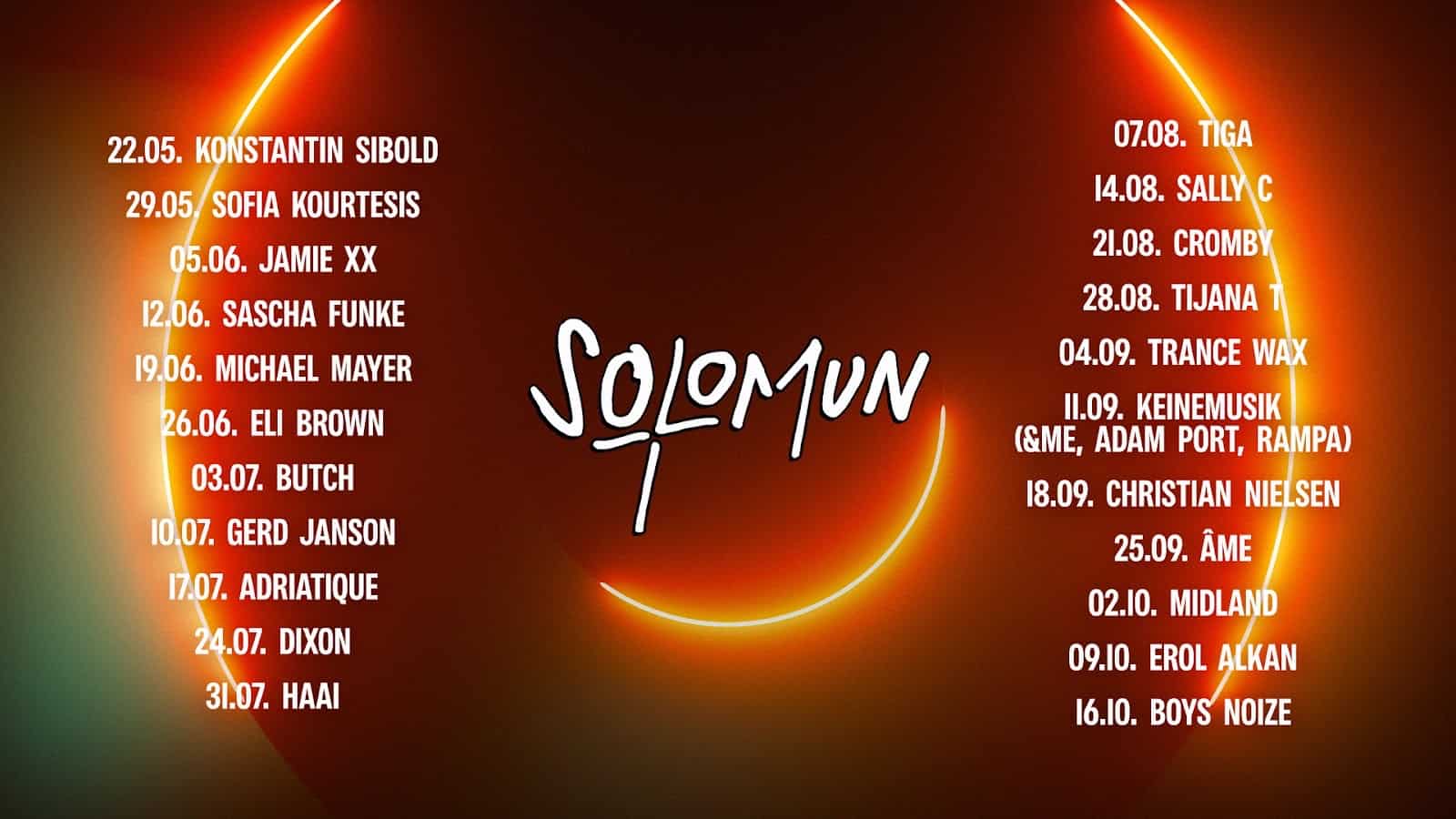