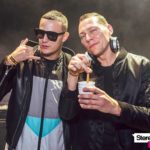 DJ Snake and Selena Gomez have called on one of the all-time greats as Tiësto lays down his trademark spin on the duo’s second collaboration, “Selfish Love.” Following the Dutch megastar’s nostalgic rework of ATB‘s trance classic “Your Love,” Tiësto showcases his expertise over the Latin-influenced beat.

This is the second time that Tiësto has reworked a Selena Gomez track, having remixed her single “It Ain’t Me” with Kygo in February of 2020. His take on “Selfish Love” brings the original’s bilingual message to life, adding uptempo house grooves, emotional chords, and blissful resonance to Selena’s vocal cadences while maintaining the track’s use of live instruments and saxophone.