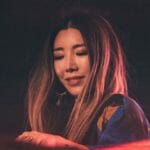 Fresh off of her featured role in documentary Underplayed, longtime advocate for gender equity in the dance music scene TOKiMONSTA has launched a new streaming event “Every Woman” to celebrate Women’s History Month as it comes to a close.

The two day streaming event is set to feature an all-woman lineup of performers including TOKiMONSTA, Tinashe, Aluna, Femme Fatale, and more. The special occassion will also cover an array of panels offerings on diverse topics from navigating the industry as a mom to the dance music experience as a Black woman.

Speakers will include Underplayed director Stacey Lee, whose appearance ties aptly with the documentary’s arrival on streaming services. William Morris Endeavor’s Head of Electronic Music Stephanie Lafera and Co-Head of Hip-hop and R&B Caroline Yim grace the programming as well.

“Every Woman” takes place on March 26 – 27 and can be streamed on Twitch‘s Lost Resort TV channel.