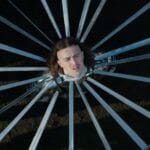 Somewhere at the subterranean intersection of hip-hop and electronic stands emerging Estonian rapper Tommy Cash. Loosely toeing the lines between underground and mainstream appeal, Cash’s energetic, lyrical flow matches with rave-ready production work to make for an enticing union of sonics that’s tailor made for rattling festival speaker systems. On his new EP, Moneysutra, Cash doles out some of his finest work to date, drawing from a cutting edge blend of influences and collaborators on the new project. Diplo, Riff Raff, $uicideboy$, BONES, and Eldzhey all feature on the new five-track run, underscoring the rhymer’s eclectic, genre-fluid style, allowing Cash to wrap his boundary pushing methodology around a variety of low-end heavy sounds. Boisterous, brazen, and even cocky at times, Moneysutra exudes a certain type of no-shits-given energy in a way that doesn’t take itself seriously at all. In fact, according to Cash,

“[The EP] is about me enjoying my life and being in the moment. These tracks are to make you move. The idea was about me going back to my roots when my pants were all sagging.”

And while Moneysutra certainly carries its own lighthearted, party-primed attitude and sense of swagger that Cash has proven to be able to back up, the project clearly feels like Cash is just now really hitting his stride. The 29-year-old rapper agrees, noting, “Every day I understand more and more what I am doing.”

The ¥€$ rapper’s modus operandi has always been collaborative, though he specifically hones his synergistic chops on his latest, adding, “[The] ‘Moneysutra’ concept is all about [collaboration] and energy between personas.” To that end, Riff Raff appears as perhaps the most complementary contributor to the project, with the pair’s evident commonalities, and boldness, on full display on the aptly titled “Millionaire Mullet.” To evoke the intended atmosphere of the track, Cash describes his work with Riff Raff as,

“Like eating marshmallows while cruising on the passion fruit sunset in your neon green Lamborghini.”

Now, with Moneysutra officially out in the world, Cash is ramping up to what is primed to be a a year for the books. 2022 will see the artist embark on a year-long global tour that has planned stops everywhere from San Francisco to St. Petersburg, Russia, with Berlin, Brussels, Chicago, and Philadelphia in between. And the road isn’t the only thing in Tommy’s future—the rapper sees himself coming up on a watershed moment in his career. In fact, we could be heading for this rapper’s maximalist opus sooner rather than later.

“I think right now I’m not having a gospel album moment, but rather a gradual approach to my own, My Beautiful Dark Twisted Fantasy,” says Cash.

Even if a cursory listen to Moneysutra is one’s point of entry to Tommy Cash’s catalog, it is immediately evident from the jump that this rapper has fire in his belly and he’s going to continue actualizing his potential. That is ultimately what makes the EP such a fun listen. It is an elbow throwing, rowdy good time from front to back, and likely just the tip of the iceberg from one of hip-hop’s most bizarrely entertaining forces.