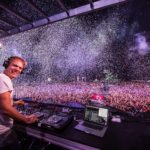 A new study based on Reddit‘s music communities has discovered which genres have the most positive fans. Chief among the findings, and surprising to very few, is that listeners of trance scored amidst the most positive, or as the study puts it, happiest fans. Alternatively, bass-heads, particularly fans of dubstep and drum ‘n’ bass, scored among the least positive online communities surveyed.

The study, which was conducted by OnBuy, took aim at 27 subreddits of different musical genres, and gauged their positivity by the amount of upbeat contributions to the discussion. According to the results, jazz, metal, and opera were the highest scoring online communities, ranging between 77 and 56 positive mentions per 100 comments. Trance wasn’t far behind, however, living up to the PLUR motif with 50 positive mentions per 100 comments. On the other end of the spectrum, genres like drill, dubstep, and drum ‘n’ bass scored between 11 and 29 positive comments per 100, leading some to suggest that fans of trance are twice as positive as their bass aficionado counterparts.

It is worth noting that this study only targets the discussion of online communities, and not the scene or the genres as a whole. With that being said, the results fall in alignment with the uplifting themes of trance and the grungier aspect of genres like dubstep. Find additional results below, and the full study here.

The post Trance fans nearly twice as positive as dubstep fans, according to new study appeared first on Dancing Astronaut.