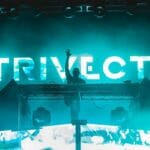 Two years after his last release on Monstercat, label veteran Trivecta returns with a nostalgia-drenched progressive house offering, “Ghost in the Machine.” Trivecta’s latest combines pop-inspired vocals with the classic progressive sound of the mid-2010’s for a track that should draw in old school fans and the new generation. Trivecta is known best for melodic dubstep and trance, so the switch to progressive is significant, as he describes:

“This song is a callback to some of the progressive house tunes I put out with Monstercat in my early years. It’s reminiscent of a time that was super energetic and inspiring for me, so it was a blast to make.”

The post Trivecta returns to Monstercat for progressive ‘Ghost in the Machine’ appeared first on Dancing Astronaut.