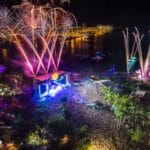 Ultra’s highly anticipated homecoming date at Bayfront Park is truly a lot closer than it seems, and the Miami staple is continuing to come out swinging with its lineup reveal. Less than a month after unveiling its initial wave of headliners—the earliest its done so in its 20-plus-year history—Ultra Music Festival is already dropping the curtain on a second group of names that adds to an already top-of-the-line roster ahead of March 2022.

For what will be serve as its first Florida-hosted event in three years, Ultra is leaving nothing to chance in ensuring that the collective dance music world is back where it belongs come Miami Music Week. Joining previously disclosed headlining names that include Madeon, Alesso, Martin Garrix, and Pendulum will be Seven Lions, Tiësto, Afrojack, Vintage Culture back-to-back, Claptone, Armin van Buuren, NGHTMRE back-to-back Jauz, and RESISTANCE returnees Adam Beyer, Sasha / John Digweed, and Joseph Capriati.

As always, Ultra’s phase two announcement, comes under its support list, which includes a slew of all-but-confirmed STMPD RCRDS stage members DubVision, Matisse & Sadko, and Julian Jordan as well as names to round out Ultra’s other group of stage slots, including ACRAZE, FrostTop, William Black, Tchami, WHIPPED CREAM, 4B sharing the decks with SAYMYNAME, WAVEDASH, and Wax Motif among countless others. As expected, the lineup’s largest question mark of the moment—the blurred-out name smack dab in the center of its headliner section—still remains unanswered, with alphabetical signs continuing to point to it being the return of Hardwell as Ultra touts its Sunday closer as being one of electronic music’s “most iconic artists.”

Tiesto and The Chainsmokers Will Headline Super Bowl’s Big Game ...