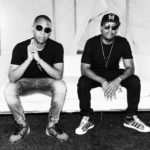 Vindata was once one of the most enticing electronic acts to come out of LA during EDM’s global boom over the last decade, though now the duo has called it quits, citing creative differences as the catalyst for parting ways. Formerly comprised of Branden Ratcliff and Jared Poythress, Poythress will depart the group, leaving Ratcliff as the sole member of Vindata as the project forges ahead as a solo endeavor. The news comes only months after the duo’s Monstercat-championed LP, With Opened Eyes, hit shelves earlier this summer.

Vindata rose to prominence in the 2010’s with a run of well-produced, genre-blurring releases that included collaborations with Anderson .Paak, Mija, Kenzie May, and more. Catching the ears of LA’s foremost electronic authority right as his label was launching into the stratosphere, Skrillex signed Vindata to OWSLA in 2015, where they released perhaps their most critically lauded work to date, Through Time and Space…Now, it appears Ratcliff is ready to transition Vindata to a solo project, and while Vindata’s output has slowed considerably in recent years, the breakup announcement could signal that new music from Ratcliff could be underway very soon.

The post Veteran duo Vindata announce breakup, intentions to forge ahead as a solo project appeared first on Dancing Astronaut.

Tiesto and The Chainsmokers Will Headline Super Bowl’s Big Game ...