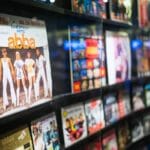 U.S. vinyl sales have reached a 30-year high in 2021, with vinyl sales exceeding two million units for the first time in decades. With ABBA, Ed Sheeran, Adele, Billie Eilish, and more all releasing LPs and vinyls in the past year and fans optimistic to grow their record collections, the vinyl craze’s holiday surge resulted in Americans purchasing 2.11 million vinyls during the week of December 23, according to Billboard.

Europe also saw an increase in record sales, with ABBA, Adele, and Ed Sheeran’s records leading the charge. According to BBC reports, ABBA’s Voyage—the group’s first record in 40 years—landed as the biggest seller.

The increasing consumer adoption of vinyl has been building on an emerging pattern. 2020 similarly marked a significant year for the format, touting the best year in vinyl’s history with vinyl outselling CDs for the first time since 1986.