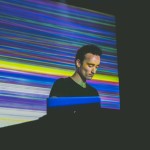 Wave Racer has expanded his post-hiatus discography with his first release of 2021, “Left Behind.” From 2014 to 2019, the Aussie beatsmith, real name Thomas Purcell, took a much needed break from touring and releasing music, claiming it, “came down to intense feelings of anxiety.” After five years of rehabilitating self-care, Purcell finally broke his silence with “AUTO” in 2019. After dispatching three additional singles between 2019 and 2020, Wave Racer now cements his presence in the new calendar year with “Left Behind.”

Stream the official lyric video for “Left Behind” below.