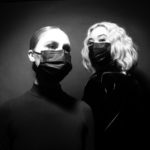 After running laps on BIJOU‘s Do Not Duplicate Recordings, IN / ROTATION, Kannibalen, Pinnacle Collection, Night Bass, and AFTR:HRS, Wenzday’s road has led her to Tchami‘s Confession for a label debut that positions her alongside Capozzi. Though the combination of Wenzday and Capozzi is certainly sufficient when it comes to making considerable noise, the volume of the pair’s impact turns up with the addition of Lil Debbie, who lends her pipes to “Bright Lights.”

Though the single isn’t Capozzi’s first strut around the Confession release circle—she initially impressed her signature on Tchami’s platform with “SOS in 2019—its as powerful an appearance as her inaugural. Equipped with a drilling bassline, “Bright Lights” fits right in on a label that tacitly prides itself in putting forth some of the finest house—hybridized or not—in the game. See for yourself below.