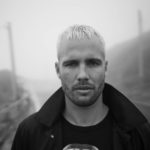 What So Not‘s Chris Emerson, or Emoh Instead, has taken things relatively slow as of late, but the Sydney producer has finally officially logged “The Change” into his lively discography. A long-coveted ID from pre-COVID shows in Australia, “The Change” features the ARIA-charting Australian rock band, DMA’S. Initially, DMA’S lead singer Johnny Took was the sole collaborator on the record. However, according to Emerson,

“Johnny liked our little idea so much he decided to get the whole band involved and a couple of days later we tracked Tommy [O’Dell] and brought [Matt] Mason in for some extra pieces.”

On recruiting the help of his bandmates, Johnny Took mentioned,

“Once we got Tommy and Mason on the track after that first day of writing we knew we were onto something special and new for both of us.”

“The Change” debuted on Australian airwaves courtesy of triple J, prior to its worldwide release on April 28. The thunderous, drum ‘n’ bass-inspired single truly reveals Emerson’s seasoned musicality—further elevated by DMA’S organic instrumental and vocal contributions. During the time of recording, the “High You Are” producer expressed,

“I feel like this record is one the two of us have always wanted to make but never had the right pieces of the puzzle, until now.”

Released via Sweat It Out/Counter Records, What So Not’s exhilarating, festival-ready single, “The Change” is streaming everywhere.

Featured image: What So Not

The post What So Not returns with DMA’S to present, ‘The Change’ appeared first on Dancing Astronaut.

Tagged as Chris Emerson, Counter Records, emoh instead, music, Sweat It Out, the change, What So Not.