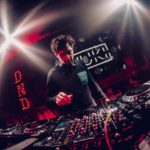 Wuki has teamed up with Smokepurpp on a rare hip-hop/dance crossover, “Birdz,” out now via HARD Recs. “Birdz” falls in line with Wuki’s previously released album singles such as “Shutup” with Shaquille O’Neal, “Chicken Wang” with Diplo, and “Bad Girl Drumma” with Juvenile, and notably furnishes an ill blend of trap, bass, and fanfare lyrics that could easily enthuse both dance and hip-hop fans.

The former Innerpartysystem band member and New Jersey native continues to gear up for his debut LP, set to release later this year. As Wuki inches ever closer to its eventual release, listeners can stream “Birdz” below.