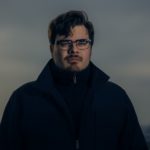 St. Louis native Xavi has delivered his first cut of the new year, “The Warmth Of Known,” which doubles as the second single from his forthcoming album, To The Endleess Searing Skies. Following the December 2020 release of the upcoming LP’s debut single, “Neverless,” “The Warmth Of Known” is one of Xavi’s most adventurous pieces to date. Contorting styles from across the board such as indie, future bass, melodic dubstep, and more, Xavi remains unshackled by the constraints of genre.

“The Warmth Of Known” is a synth-driven heavy hitter that cultivates an emotional energy akin to Porter Robinson‘s originals while still maintaining a euphoric and upbeat atmosphere. The experimental bass producer has not only mixed and mastered every track on To The Endless Searing Skies, but has also impressively lent his own vocals to the track as well.

Premiering via Seven Lions‘ Ophelia Records, the upcoming album will be the label’s second album release, following Jason Ross‘ highly acclaimed 1000 Faces. Listen to “The Warmth Of Known” below and stay tuned for more diverse outputs from Xavi soon.

Tagged as music, Neverless, Ophelia Records, the warmth of known, to the endless searing skies, Xavi.