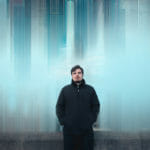 “I feel that this album is stronger than anything I’ve ever made, and that it truly represents all of what I have to offer” — Xavi.

When an artist expresses a sentiment of this nature, you should listen. On March 5, the date of To The Endless Searing Skies’ release via Ophelia Records, that’s precisely what we at Dancing Astronaut are doing. And after digesting To The Endless Searing Skies in its 10-track entirety, it’s apparent that the LP—Xavi’s first—is a powerful record of personal reckoning. From top to bottom, the album—which deals quite powerfully in metaphor—lyrically and vocally confronts “thoughts and experiences” that Xavi has had, he told Dancing Astronaut.

While Xavi has constructed his career to date on the dynamic distillation and subsequent marriage of elements extracted from synthpop, electro-pop, indie, future bass, and mid-tempo and melodic dubstep, he’s also founded it on artistic authenticity. Creative wrestling, a pledge to develop sound that he enjoyed, a little serendipity, the support of a label that has stood behind him since he made his Ophelia debut on Advent Volume 2, and his own innate experimental and exploratory electronic acumen have culminated in a rich, vibrant project that boldly bespeaks Xavi’s presence in the dance space.

Dancing Astronaut connected with Xavi ahead of To The Endless Searing Skies’ arrival to look back on the production choices and personal perspective that yield an LP that can equivocally be declared a must-listen of 2021. Find both the full Q&A and album below.

You’ve expressed your feeling that this album “is stronger than anything” you’ve “ever made.” What specifically about the LP inspired this sentiment, and how does To The Endless Searing Skies differ from the music that you’ve made in the past?

Xavi: “I’ve never really been given the chance to release anything as large and interconnected as this before, and it’s really given me an opportunity to shine in areas I’m proud of and areas I’ve also never tackled before. No songs I’ve ever created have worked together as well as the songs of this project do, and I think that upon listening, it’s easy to see why I’d say that. Also, lyrics add a power to music that instrumentals cannot always carry. “

All 10 songs on To The Endless Searing Skies are written and sung by you. What motivated you to use your own vocals on the entirety of the project, and can you tell us a bit about your writing and vocal process as you crafted the album?

Xavi: “These vocals are extremely personal. Although many of them are quite metaphorical, they all represent thoughts and situations I’ve experienced; I don’t think it would be as personal to have someone else say (or sing, in this situation) my own thoughts—it would feel a bit disingenuous.

As far as working with the vocals goes, I’ve never had to work with them before, and the process of learning how to work with them was pretty arduous (in fact, the song I easily spent the most time on as far as vocals go didn’t even make the final cut because of how rough it sounded). The writing process was interesting as well because not only have I never wrote before this, but I also had to take myself seriously enough to create lyrics that had true meaning. I’m quite goofy usually, so this was trying at first!”

What is the story behind the album’s title? The titles of the individual tracklistings are also very specific, how did you select them?

Xavi: “The album’s original title was actually From the Heart to The Soul To the Endless Searing Skies. This name is based on some of my personal experiences with death and losing loved ones and was born from my constant ponderings on the idea of where we go when we pass and what are we supposed to do in the meantime before we venture into the endless. The title of each track reflect the sentiments found in the lyrics or emotions contained in that song.  The lyrics would be written and sung before the track titles were decided, so I was able to use them as a representation of what’s found inside.”

In February, you tweeted that you never really felt you “had a true voice in music” until now. What changed, and how did you get there?

Xavi: “I’ve always experienced a large amount of imposter syndrome, to the point where I was always trying to push everything as far as I could just to prove myself to, well, myself. My music became my burden. I would constantly try to ‘one up’ each previous song I had created, to the point where I was basically losing my mind as I worked.  One day, something snapped, and I decided that my sanity wasn’t worth the constant attempts to impress my audience. I decided to just create something I truly enjoyed, beyond the technical aspects of production, something solid that might not be the next major step in being a technical wizard but would stand on its own legs without technicality.  This is around the time that I decided to do my own vocals, and it was when I realized that I had accidentally stumbled onto exactly what I wanted to make.”

Porter Robinson notably dropped your remix of Madeon’s La Lune at EDC 2016. What significance did this hold for your career at the time?

Xavi: “One of my first major influences on my sound was Worlds, so that was a massive, huge deal to me. That being said, I usually take a very stoic approach to victory, so after the initial shock, it was basically me saying to myself ‘cool, that’s a great victory. Okay, let’s keep going and see what we can do next.’

I’ve never been one to rest on laurels from previous wins, so I just kept chugging along (of course, after the initial shock of that happening to me passed. Even if I’m stoic about these things, it doesn’t mean it wasn’t a huge deal to me still!)”

Xavi: “Funny story, that. They actually reached out to me at first, asking for a track to release on their Advent Volume 2 compilation.  I misread the email completely and sent them my in-progress EP, and they responded with ‘thank you, but we’re actually just looking for singles right now.’

In my infinite wisdom, I THOUGHT I responded to them saying okay, but I’d just created a draft instead; lucky me, because then about a week passed before they shot another email back telling me they wanted to release an EP. After another round of misunderstandings (I sent tracks for Advent, they thought I wanted to use those tracks to make the EP an album, and I did want to make an album, but not using those tracks, so I made four tracks within one month), the album was complete.

As far as what lies ahead, I hope many things. I absolutely love Ophelia to death and could not have asked for a more understanding and amazing label to work with, and I am already beginning to work on my next possible project.”

Editor’s note: Ophelia Records disclosed the following about the “extra tracks” that Xavi mentions in his response to the final question of the Q&A: “We knew that the extra tracks were for Advent but Jeff (Seven Lions) liked them so much, we wanted to see if Xavi would be open to creating an album, which is how we ended up here! :)”

The post Xavi’s debut album ‘To The Endless Searing Skies’ is a must-listen of 2021 [Q&A] appeared first on Dancing Astronaut.